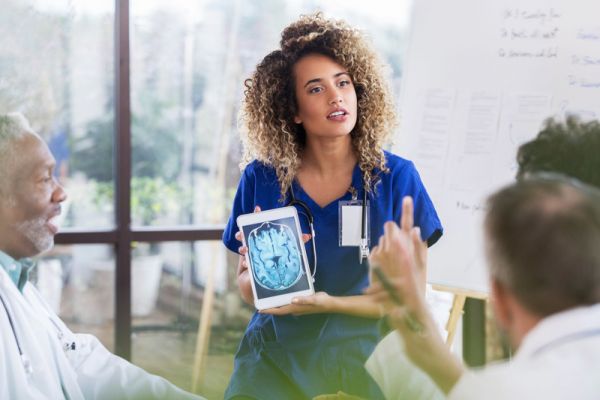 Why Female Neurologists are Paid Lesser than their Male Counterparts?

The Neurologist Compensation Report 2016 was published May 1. The female neurologists made considerably less money compared to their male counterparts. Neurology experiences gender disparities in the case of the pay doctors get. The number of women surgeons is increased in the United State; however, they continue to earn less than their male counterparts. The earning difference between the male and female neurologists was 25.3%, which almost amounted to $56,000 yearly.

By the report of JAMA Internal Medicine, the gender gap in terms of earning of physicians has persisted for two decades. Another survey of the Journal of the American Medical Association, the gender gap among physicians, dentists and other healthcare providers has grown in the past decade. In terms of hospital jobs, there is an implicated bias against hiring female physicians. This is because employers are concerned about female physicians taking time for child rearing and other family problem. As per a study conducted by a group of psychologists when presented with male and female physician resumes with similar qualifications and experience, employers of both sexes were more inclined towards appointing a man.

The research of hospital medical doctors across the United State, women made nearly $15,000 less than their male colleagues, with a portion of this disparity explained by female physician' tendency to prioritize collegiality and control over personal time, rather than a substantial wage. The figure was determined after controlling for a number of issues, including age, geography, specialty, and amount and kind of clinical work. The gender earnings gap is a well-documented phenomenon in the business world. But it may amaze you to learn that doctors are not immune to gender biased wage distribution. The University of Michigan Health System study has shown that female physician are likely to earn $350,000 less over the course of their careers than male physician doing the same work, even after controlling for multiple issues including specialty and work hours. That’s sufficient to pay for a large house, yearly luxury vacations, before time retirement, or an entire college education!

After the many revenue surveys, the male physician continues to earn an average of 40% or more than their female colleagues. The reasons behind the wage disparity are highly debatable because as per some studies, the female doctor has been offered low wages even if she worked full-time or chose a high-paying specialty. It is unlucky to know that while gender salary gap is disappearing in the general workforce, the healthcare sector is showing minimal signs of improvement.

7 Signs You Have a Great Medical Billing Process